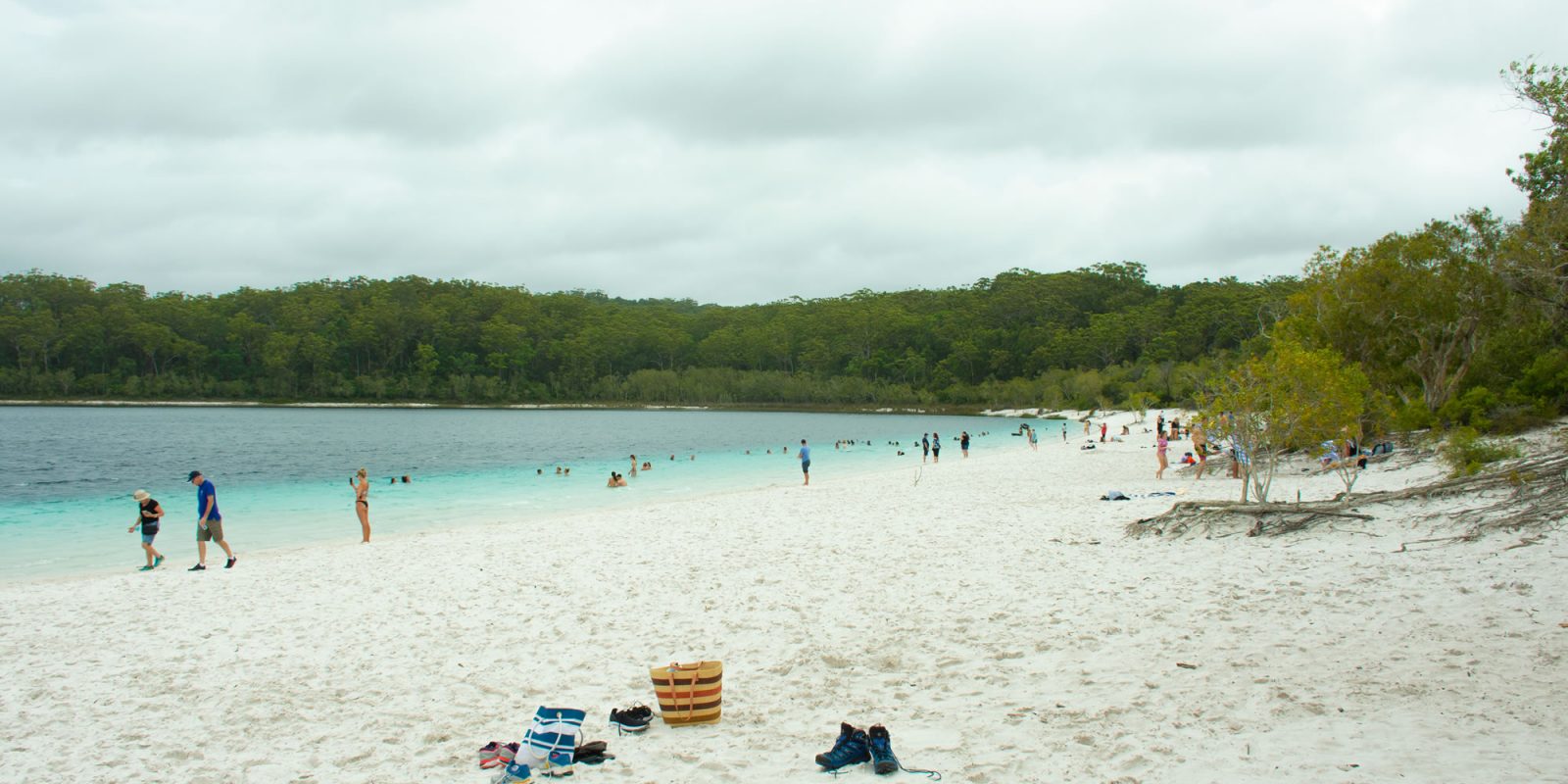 We headed away to K’Gari, the new official name of Fraser Island, for a short break over the Christmas holidays. While we love the island and everything that it has to offer, this year was decidedly different to our previous visits. With the interstate and international lockdowns, everyone was holidaying in QLD like us, so it was the busiest period and the most popular time to go.

As people may know, there’s a tropical cyclone that was around when we were there. We got the first of the lows, but the worst came after we left Having said that, with the conditions that we saw, I don’t think that I’d want to be there when it all goes bad. 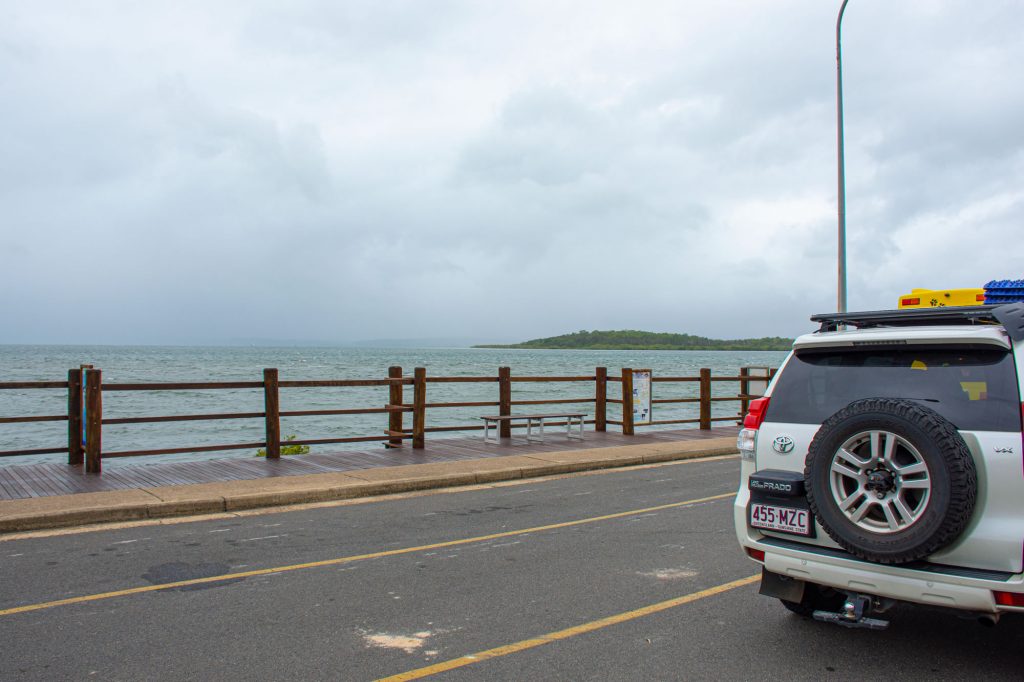 The inland tracks were all very different this time around. Everywhere was compressed and almost hard. I struggled to find any soft sand! This was due to two factors. First was the weather, with the rain making everything wet so it stuck together. Second was the traffic. The amount of vehicles that were traversing the tracks just compressed everything so much more than I’ve ever seen before.

Ah Lake Mackenzie. The jewel of K’Gari. It’s where everyone wants to see, and is probably the most popular inland destination on the island.

We say this first-hand on our trip. we went to the lake on our first day there and arrived at around 11am. Well, sort of anyway… 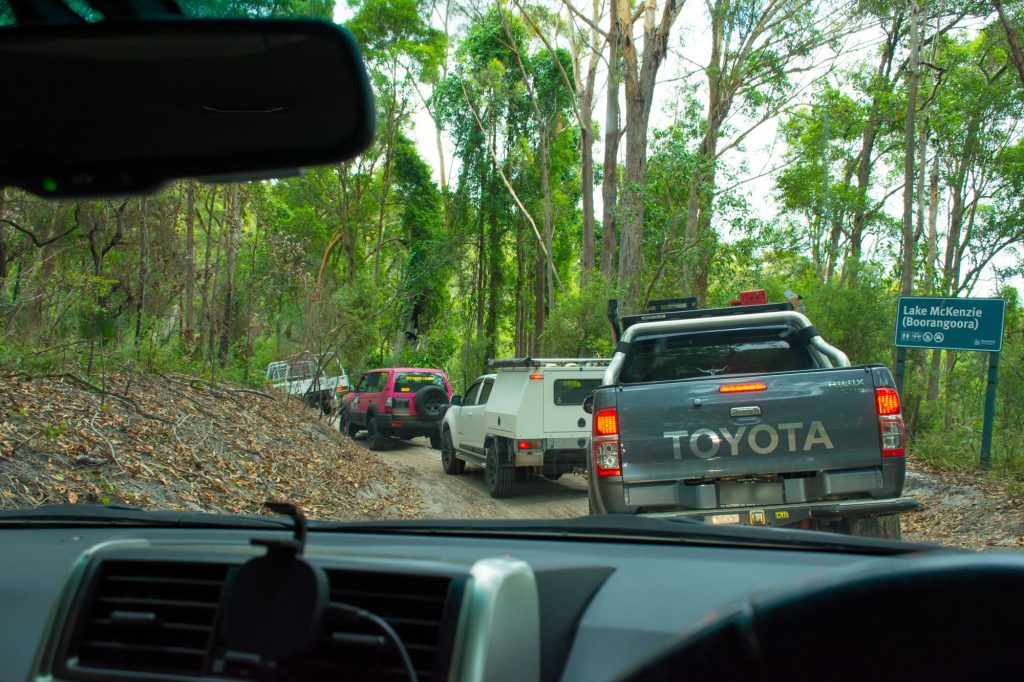 The picture above shows what it was like. Anyone that knows the way that it’s laid out, that sign is around 40 metres before the car park starts – and all of the traffic was stopped. It took us about half an hour to get from there to the start of the actual carpark. Of course, once we were there, there was no parking. We could have circled around, but we’d be waiting another half hour to try again, and it only looked like it was getting worse, so we left and tried something else.

A couple of days later we tried again in the afternoon. We had much more luck this time with the car park being relatively quiet, so we spent a few hours sitting around the lake relaxing. We didn’t get to see any of the Dingos this year, but we did see some of the creatures that call the island home.

The first was this guy. This beautiful goanna was sunning himself on one of the walkways around our accommodation and wasn’t too scared of people being around. 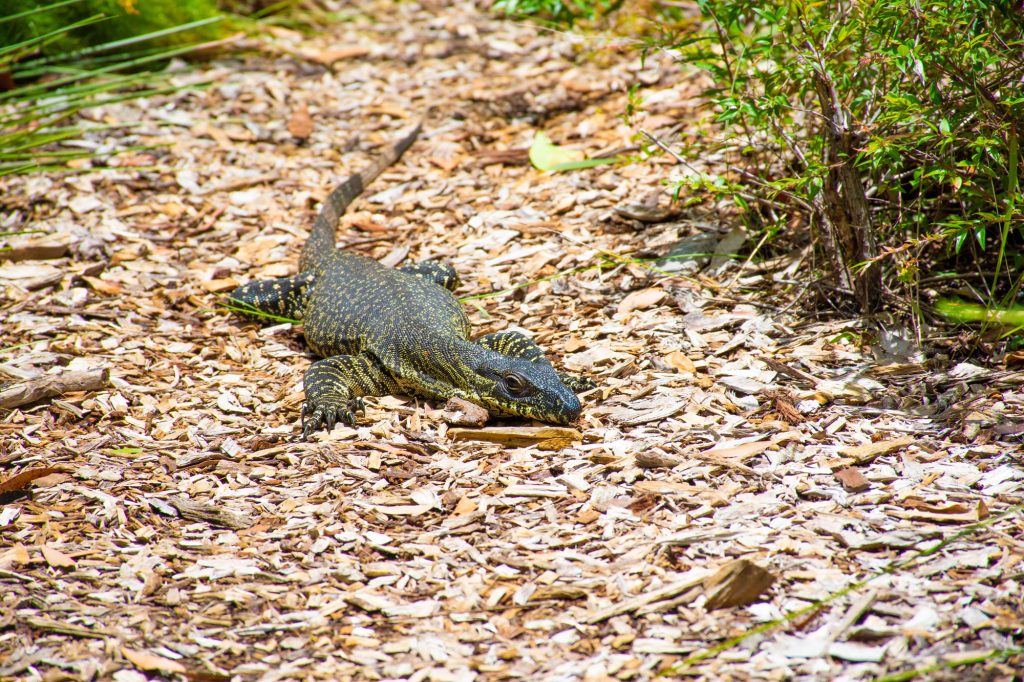 The next one made my wife a bit worried… I don’t know what they are feeding the huntsman spiders on the island, but this one was the biggest that I’ve ever seen. It’s body alone would have been close to 10cm long! 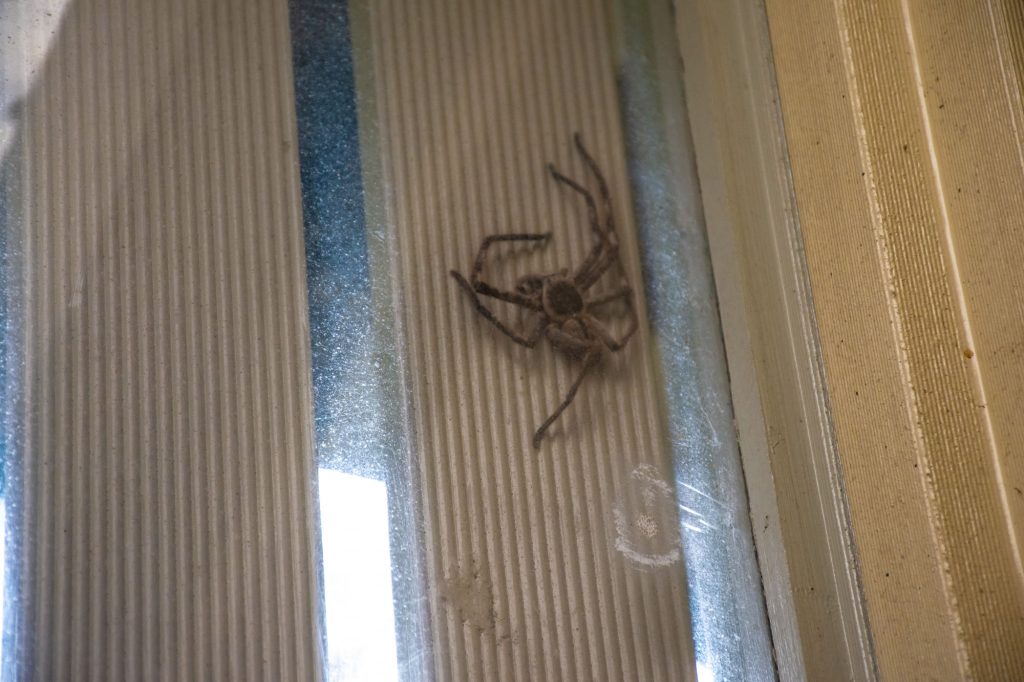 While we took it a bit easy, we saw in the new year with some semi-quiet drinks and watched the sun set into the water on the west coast of the island. This is a bit of a treat for us, as us Eastern people don’t normally have any coastline that we can see a sunset on (unless we are on the west side of Cape York) so it’s a bit special to see this here. 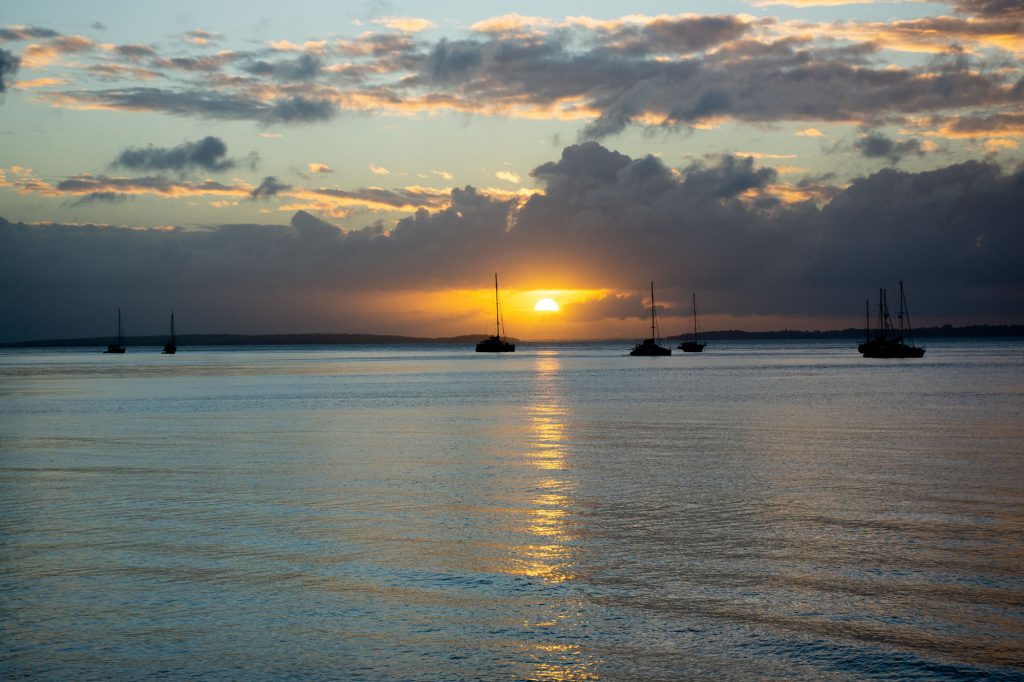 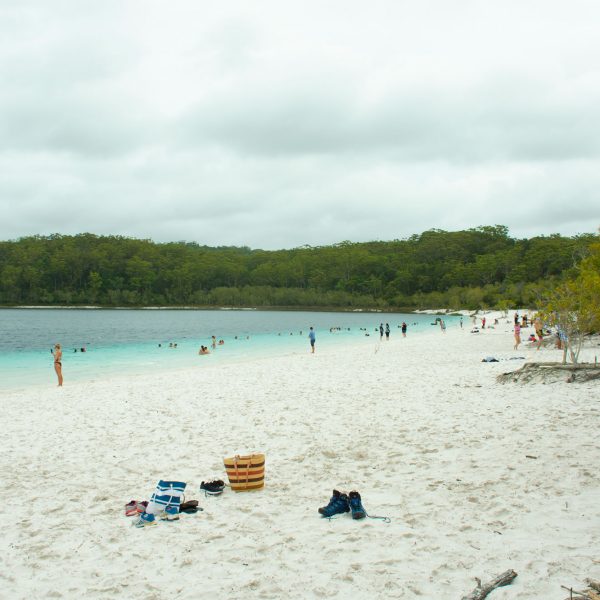 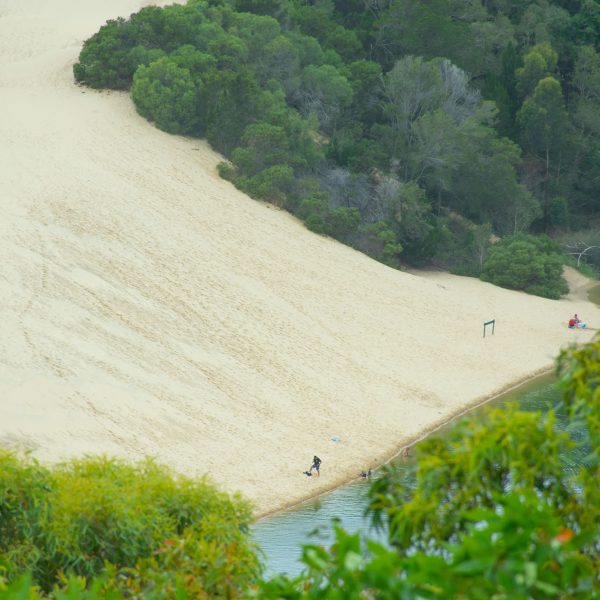 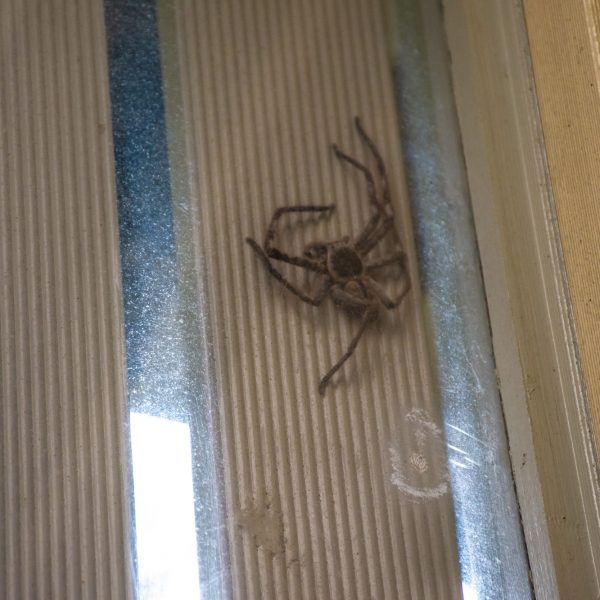 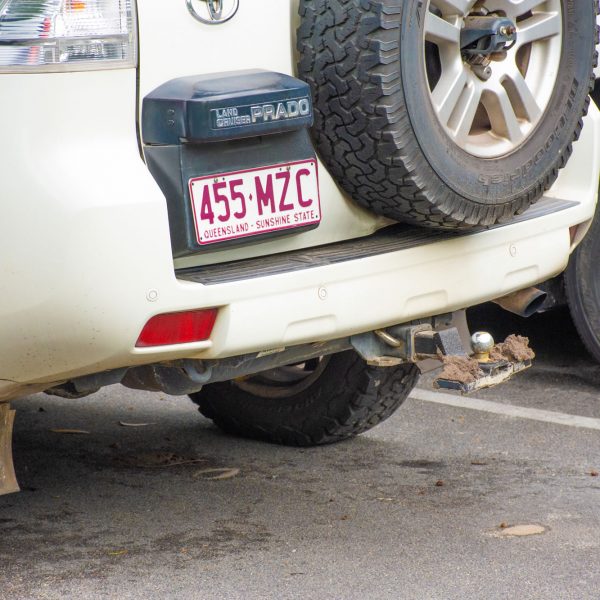 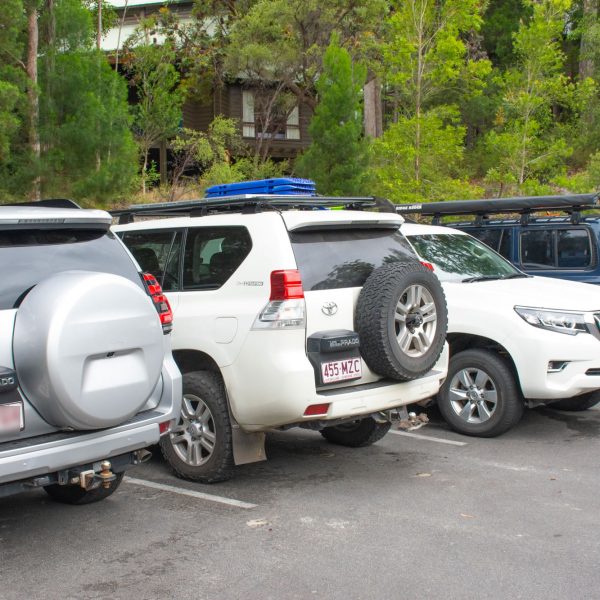 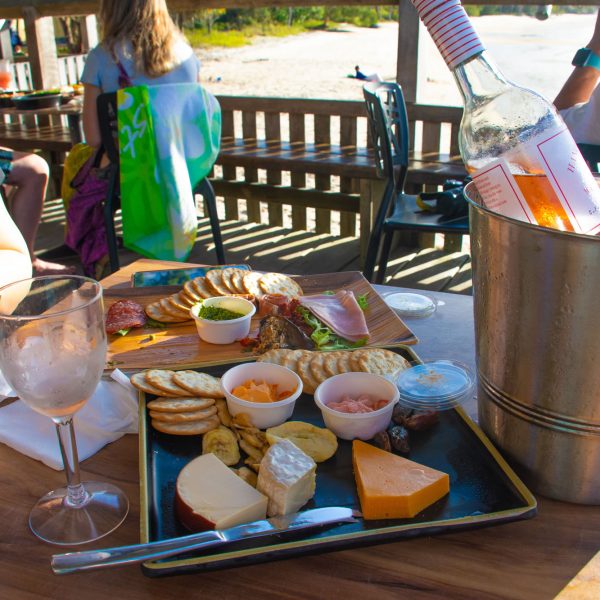