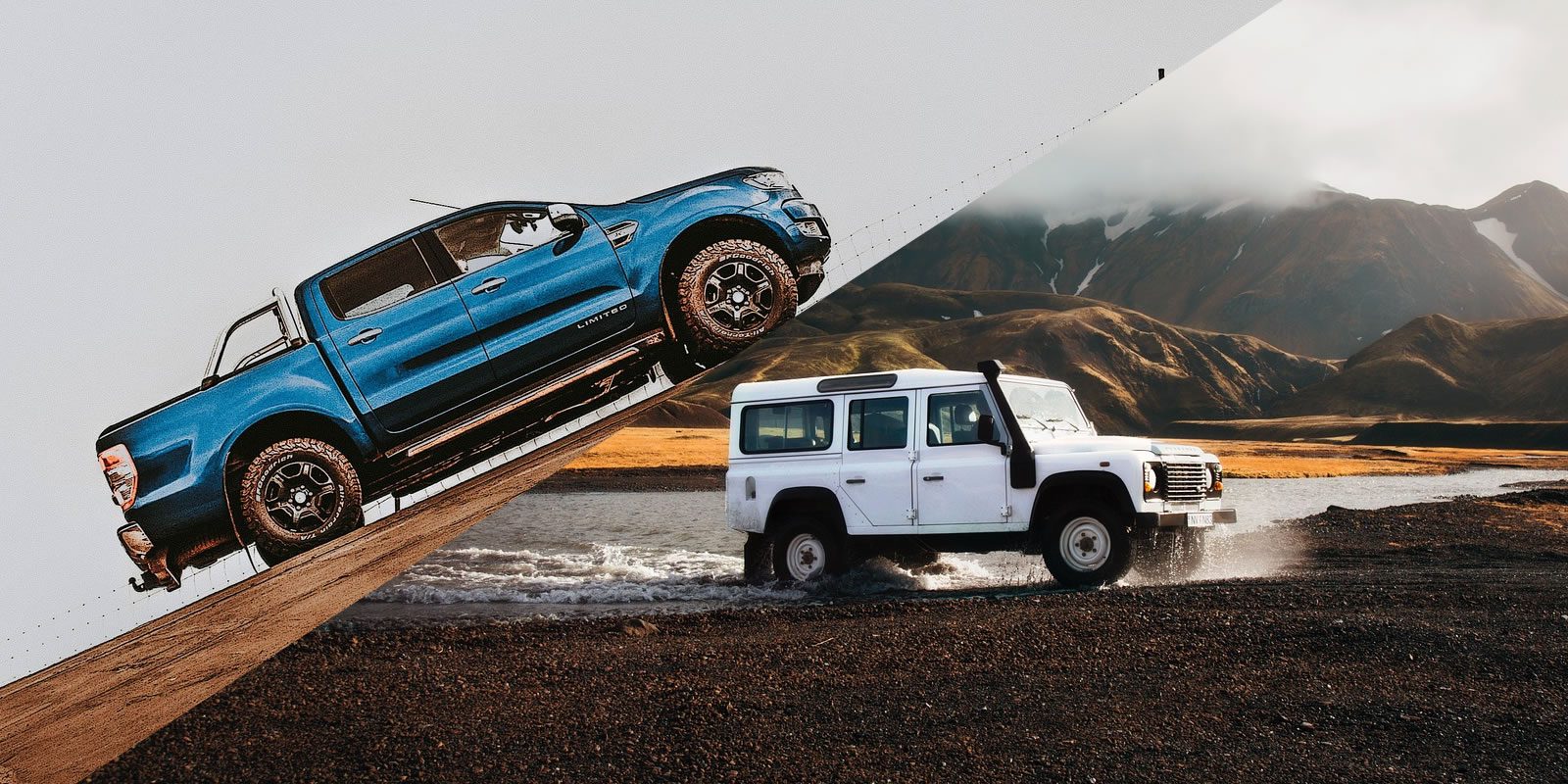 Everywhere we go we see people that love to debate (or is that argue) the relative merits of 4WD utes vs 4WD wagons. It can get heated and personal, but there are reasons that people like both variations. We’ve tried to break it down into the most common factors to help you decide which is right for you.

To be honest, this is one of the biggest considerations that you’ll need to think about. How many people will you need to carry? If you’re a single traveller, or it will only ever be you and one other person, a single-cab ute will be suitable. If you have kids or need to be the taxi for friends and family, then you’ll need to look for either a dual-cab ute (up to 5 people) or a wagon (can be 7-8 seats).

This one is a hard one because we’ve always had times where we head out alone and others where we need to take the whole tribe along. As a general rule, I’d recommend looking at how many people you need to carry 50% or more of the times that you do travel.

Utes have this one won pretty easily. Utes are pretty universally able to carry higher loads than a wagon ever will. This is because utes are made to work. They are made to carry loads. They have to carry everything that someone might need on the jobsite, along with anything and everything else. Wagons are just not built with the same load bearing capabilities because they aren’t used that way.

Even the best 4WD wagon is limited in it’s cargo configuration by the rear door. You can set up drawers and a fridge slide, but there’s not much more that you can do. The good thing is that a lot of manufacturers are seeing this now and are building more options into their drawer systems, like tables, cabinets and more.

This is where a ute will have an advantage. With a ute, you can do pretty much anything that you want to. Some people will fit out their tubs with a canopy and drawers, and some people will go for a whole custom tray and cargo box setup. There’s millions of options out there when you’re trying to configure your cargo area, and that lets you set up up to truly suit what you want to use it for.

Ride comfort depends on a few things, but lets talk straight from the factory for now. Utes are normally set up to work, so they have harder springs and a harder ride. Wagons are set up for family comfort so they will normally have a more comfortable ride, even if it is a lot softer.

Of course, with the right suspension and tyre set up, both utes and wagons will find some amazing gains in both comfort and ability, but we’ve seen that wagons do normally tend to still have the advantage here unless someone spends bucketloads of money on their utes suspension.

This is a tough one, mainly because each different make and model has its own towing ability. Some utes will tow more, and some wagons will tow more. Just remember to check the rated towing ability as well as the GCM of the vehicle before you make up your mind!

Let’s face it, there’s not a lot of utes out there that come out with the same luxury gear as a mid to high level wagon does. Even the best Toyota Hilux doesn’t have anywhere near the little extras available that come standard on a Landcruiser Sahara. There are some newer models that are trying to add more in, but so far they aren’t selling in the numbers that manufacturers have hoped for (Mercedes has just announced that the new X Class will be discontinued due to poor sales).

Utes are almost universally cheaper to buy then wagons are. This is simple economics. More work and materials go into producing a wagon, so they just have to cost more.

We’ve all spent way too much money on fitting out our vehicles, and we all know that there’s a never-ending line up of new gear to spend your hard-earned money on. For fitouts, we’ll disregard the parts that are universal, like suspension, tyres and barwork, because these are going to be basically the same no matter what you buy.

For wagons, the limited choices in cargo configuration means that there’s a little bit less to spend your money on. Probably not much less, but still less.

Anyone with a ute will know that the costs for a tray and canopy or a custom tray and cargo box set up can set you back big dollars.

This is what we all want to see! As far as offroad ability, 4WD utes and 4WD wagons are pretty close in ability. A lot of utes can be configured for better approach and departure angles so they can climb better, but they can be let down in ride comfort and flex from their workhorse suspension set ups. 4WD wagons almost always have coil springs all round, and can get better flex than a ute just from their suspension.

As far as accessories for increasing your vehicles offroad ability, they are available to suit both utes and wagons, so I can’t say that there’s any one bit of gear that could push one or the other over the winning line for this one.

If you’ve got to carry a family, or you want something with a few more luxury features, then get a wagon. If you need to carry gear for work and only want one vehicle, get a ute. If you want the best of both worlds, take a look at a dual-cab ute for practicality as well as being able to carry more people. Your own personal situation is always the best guide as to what’s best for you and what you should buy..

Overall, I don’t care which one you choose. As long as you get your vehicle of choice set up and get out there, I’m happy! So tell us, what did you choose and why? We’d love to hear your comments on this, so leave us a message below.