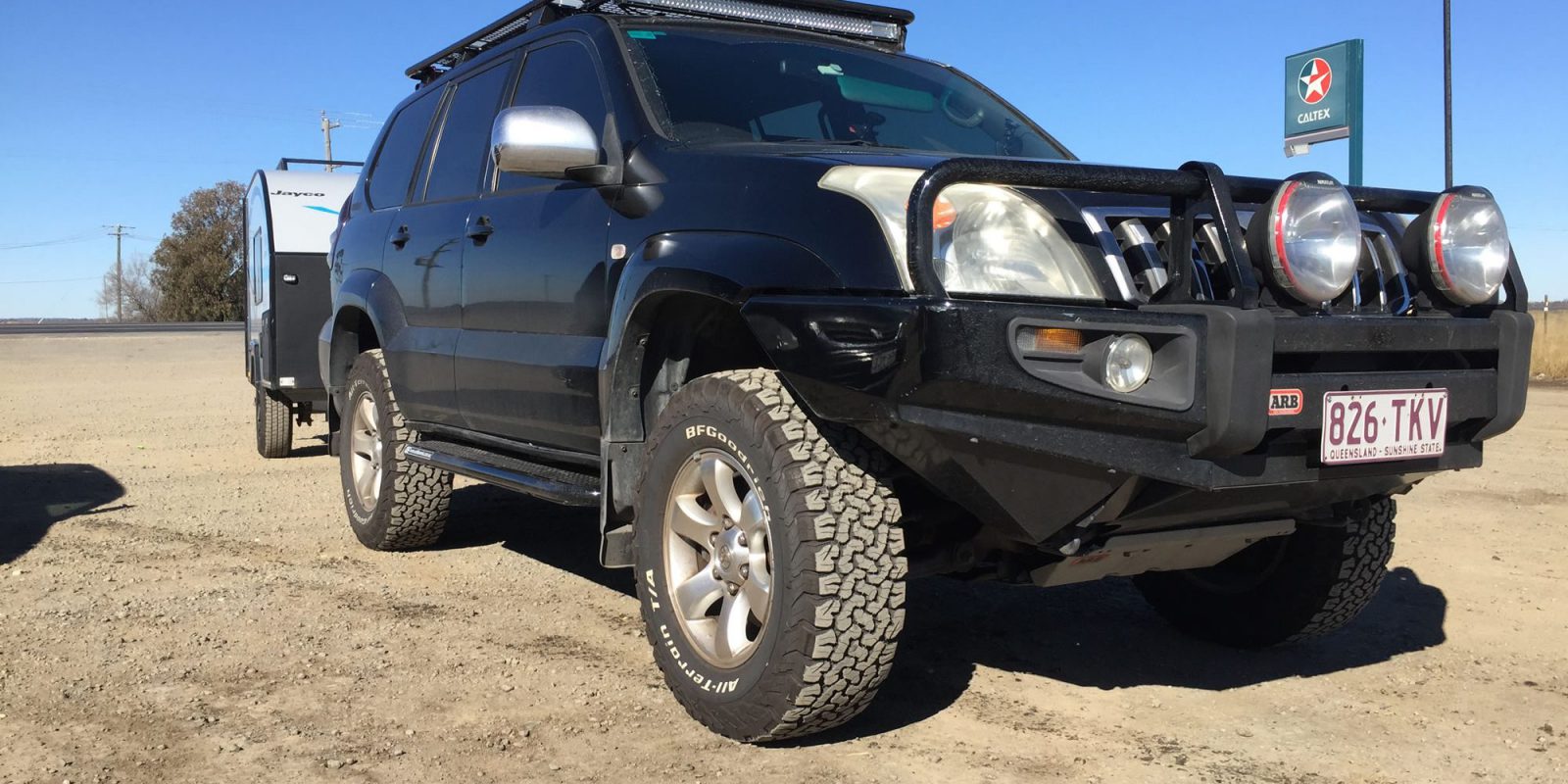 When things go wrong in the Australian outback

We set out from Brisbane with our trusty Prado that had been well kitted out, a caravan that we’d hired for the trip, enough supplies, and a whole lot of optimism. The plan was to go from our home base in Brisbane, down through country New South Wales and South Australia to the Barossa Valley, and then straight up through the middle of Australia to Uluru, and then head east back home. It was a big trip for the 2 weeks that we had available, and we weren’t going to see everything along the way, but we were off!

For me, the drive is as much a part of the holiday as the destination. For my wife, maybe not quite as much so. Even with that, she still enjoyed the changes in the country as we headed through inner NSW where the scenery changed every hour or so, and showed a fantastic range of everything from dense forest to sparse plains.

It took a couple of nights to get used to the hired caravan. It was a good model, but in the end was also very small (and I mean very small). The upside was that it was easy to tow, and was nowhere near as heavy as a larger van. It also let me do what I wanted to – live outside and have somewhere secure to sleep.

Arriving in the Barossa Valley, it was cold, windy and dreary. We got set up and had an early night. The next day was my wife’s birthday, so we did an amazing winery tour that (mostly) kept us out of the rain. The next day, late of course thanks to a couple of cheeky glasses of wine the night before, we drove down to have a look at Adelaide for a short day trip. It was only a fleeting visit, but I would recommend everyone to go and see the place, and to explore the different wineries there.

The next leg took us up the middle of Australia via the Stuart Highway. We stopped on Coober Pedy for the night, and were almost blown off our feet. The wind and dust was so bad that we ended up renting a cabin for the night, and left the van outside to weather the storm. The next day it had cleared completely, and being happy and well rested we set off to get up to Uluru.

The couple of days that we had at Uluru were amazing. We saw the rock (of course) at a sunrise viewing, explored Kata Tjuta, which I personally think is more beautiful, did a camel ride at sunset and did a few other touristy things. It was a very relaxing time, and we both felt great after it.

The time then came to turn back for home, so we packed up, and headed off through Alice Springs onto the Plenty Highway. After a night at Gemfields park, we set off again. One of the ladies at the homestead said that the road shouldn’t be too bad as there were graders on at least part of it, so we had good hopes about making decent time. Well, as good as we could anyway out here! A couple of hours after that we’d passed the Jervois Station about 30-40k’s back when we struck… well disaster.

On a straight and relatively flat bit of road the Prado hit a patch of bulldust with its front-left wheel. This pulled the car to the left, and sent the van off the other way. Even at our lower speed, this was enough to send the car and caravan fishtailing. Looking back now I can see that the van wasn’t loaded correctly with too much weight in the back compared to the front, and that would have had some small influence on its poor handling in this situation. After what seemed like an eternity, but in reality was only about 5-10 seconds, the car was sliding sideways across the dirt and there was nothing that could be done. All seemed to be not lost for a split second. If we stayed like this we’d stop, and could de-stress and keep on driving. But… then the tyres popped off both rims on the facing side, leaving the Prados rims to fall into the dirt, and dig in. This sent the car into a roll, and all I saw was the ground coming up and me fast through the window before I put my arm up to shield my face.

When everything stopped moving, we were upright. I quickly looked at myself to check if anything was broken, pulled off or otherwise injured, but everything seemed OK. I then went straight to my wife to do the same. This is where we got very lucky. I had some scratches on my arm from the window glass that has broken, and I ended up with a sore neck from moving around. My wife ended up with a tiny cut on her forehead from one lone bit of glass, and that didn’t bleed for any longer than 5 minutes. We were in shock, but we were safe (relatively) unharmed, and alive!

The car, however, didn’t fare so well. Every panel was damaged, the bullbar was twisted and pushed in, the roof was pushed down in some spots and every bit of glass was broken. The old girl met her match. But she saved us.

This is the part where we got lucky. The Plenty Highway does get a fair bit of traffic, and to their credit, every person that passed us stopped to see if we were OK and if they could help. We were very lucky that a couple without any real plans helped us out by getting me back to Jervois to call the insurance company and get things sorted out. Thanks to our emergency beacon, we also had the authorities available to help us out. After finding out that we were not injured badly, they organised for a doctor that was visiting one of the local communities that day to stick around to give us a once-over, just in case. After this we got back to the car, and waited. The tow truck had to come from Alice Springs, and that was around a 5-6 hour drive away.

When we got back and our helping angels left we waited. We were lucky that we had food and water, so we weren’t going to be in trouble. We sat back, watched the sunset across the plain, and reflected. We were in the middle of nowhere, with no one else around, stranded, alone and waiting – but we weren’t scared. The strange part was that even after the accident, that was one of the more peaceful and beautiful nights that we’d had.

It was about 9pm by the time that we saw the headlights of the tow truck coming in the distance. After that, everything was a bit of a blur. Help was here, we were on our way, and we could rest on the long and bumpy trip back to Alice Springs. We got into Alice at around 2am and got a room at one of the inner-city hotels. We both crashed out and slept very heavily. The next day we were on a plane back to Brisbane, still feeling slightly overwhelmed by it all, but still thankful that we were both alive and well when things could have gone so horribly wrong.

After everything settled down, I ended up getting a new Prado, because as my wife put it “I don’t worry about you driving that now that I’ve seen how strong it is”. We did loose some gear and we had a lot of things to replace. That’s still going on, but as a good point, it means that I can learn from what I did right and wrong the first time, and get it better this time around.

The main things to take away from all of this is that even though Australia is a huge place, and things can and will go wrong, there’s almost always help. Just make the right plans, and take the essential safety and communications gear, and you’ll be covered for almost anything that the country can throw at you.

Have we done a trip like that again since then? No, not to this date. Well we do it again Well yes, I’m sure that we will. There’s still so much more of the country to see. This is really the start of a journey, and I hope that journey never ends! 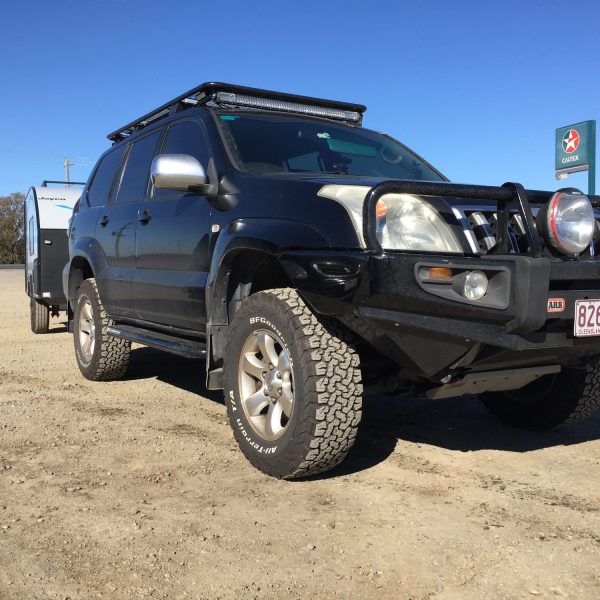 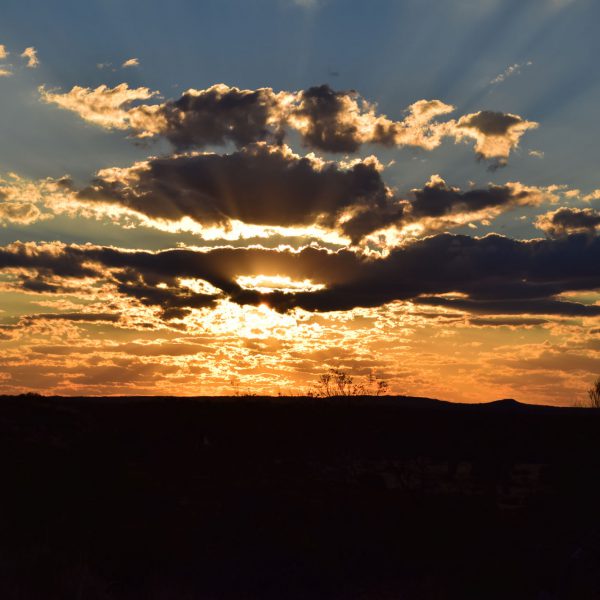 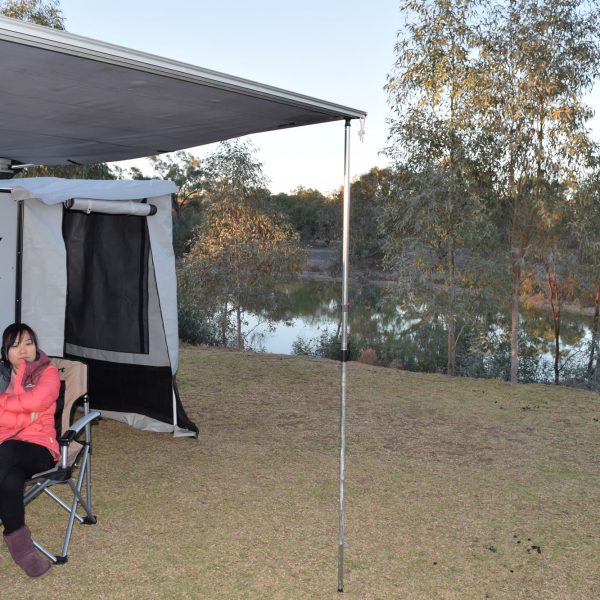 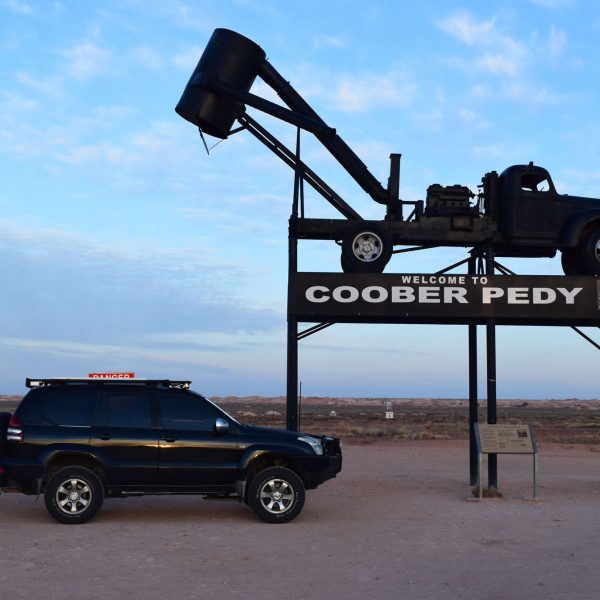 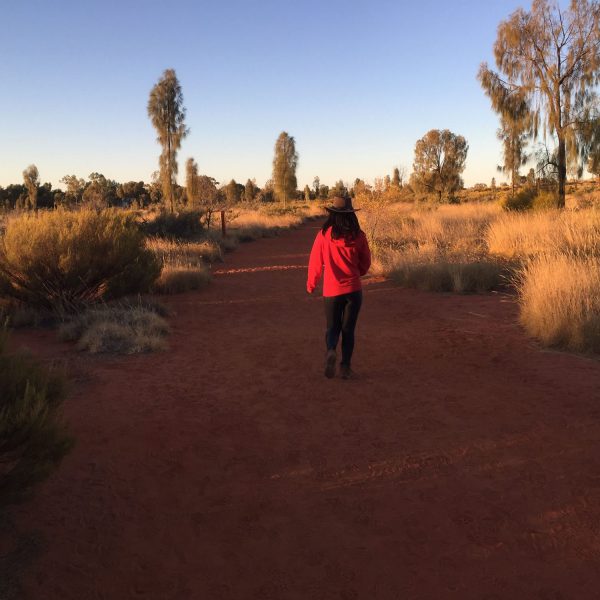 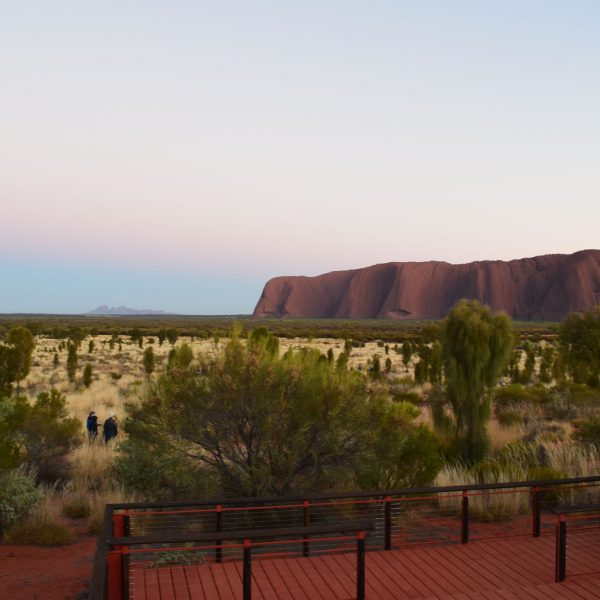 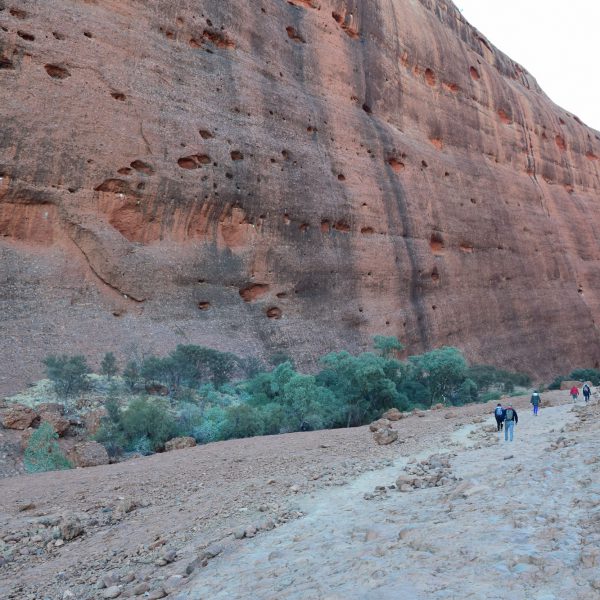 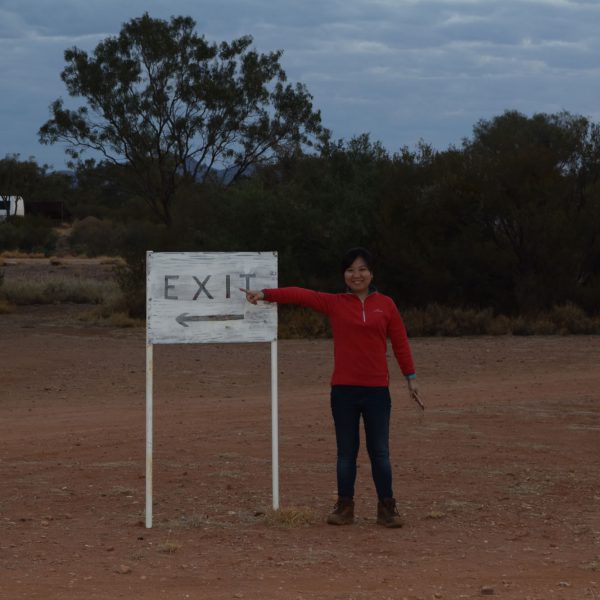 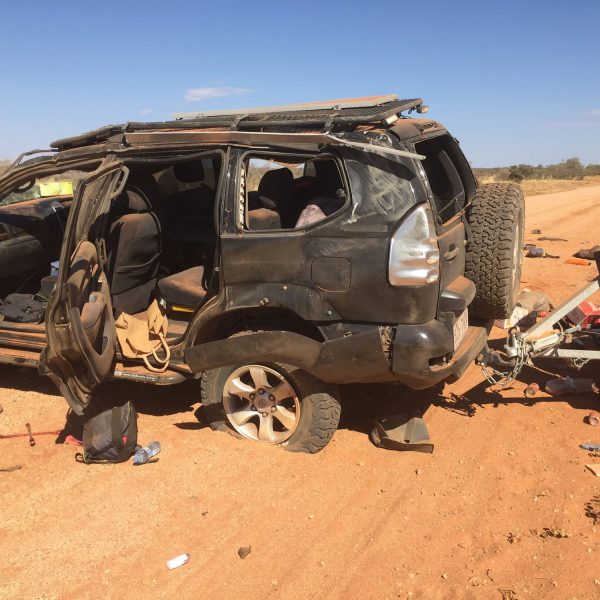 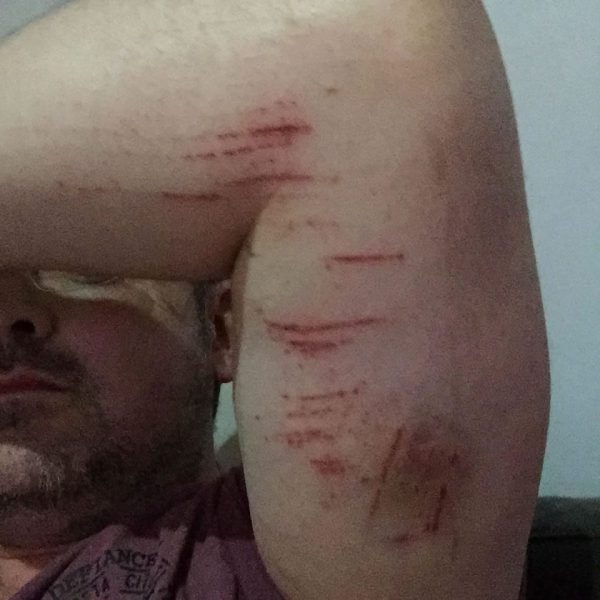 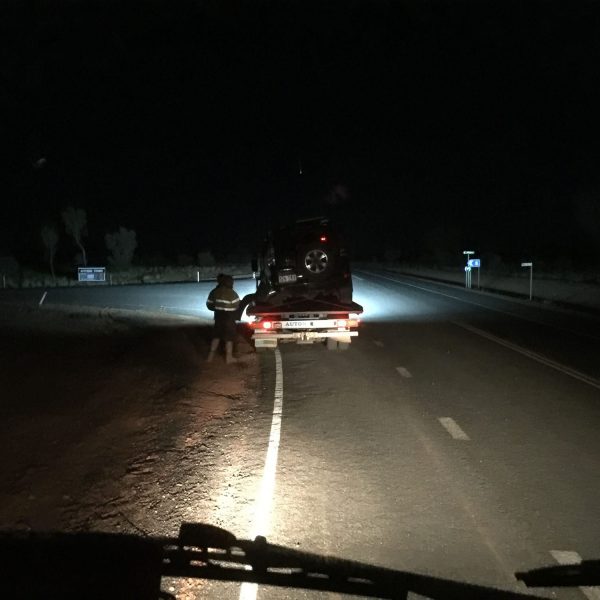